The Hay Fleming Reference Library consists of over 13,000 books. Covering a wide range of subjects, it is particularly strong in Scottish and religious history, reflecting Hay Fleming’s interests not only in the Covenanters, John Knox, and Mary Queen of Scots, but also the local history of St Andrews and Fife. Although the vast majority of the books date to the 19th and 20th centuries, there are over 2,000 works published pre-1800, including one incunabulum. The collection is also strong in 17th century pamphlets, and contains many periodical runs, including the Proceedings of the Society of Antiquaries, the Original Secession Magazine, and the publications of clubs such as the Bannatyne, Maitland, and Spalding Clubs.

The core of the collection consists of the library of David Hay Fleming (1849-1931), antiquary, historian, and critic. He collected books throughout his life, making his first purchase in 1865 when he was 16 years old. He frequented second-hand booksellers and auctions, but additions to his library also came from friends and family. Marking his ownership by inscribing his name and date of acquisition in the front of his volumes (and often including his town of residence), many volumes are also annotated in Hay Fleming’s hand, ranging from typographical corrections, cross-references, and factual criticisms, to lists of contents, indices, and poetry.

Upon his death in 1931 Hay Fleming bequeathed his books, together with his personal papers, letters, and notebooks, to the town of St Andrews. They were to form the nucleus of a public reference library, with the proceeds of an endowment to be spent on works which would encourage and facilitate the study of Scottish history. The first donation to the collection came from Mrs Clendinnen, Hay Fleming’s sister, who gifted 100 books in 1933. The entire collection was catalogued by University Library staff in 1932 and 1933, and the Hay Fleming Reference Library opened to the public in November 1936. Accommodated first in Kinburn House, and then at the Town Library, it was deposited with the University in 2000.

Some items were catalogued as part of the Revelation project and the Pamphlet and polemic project at the turn of the 21st century, and can be accessed via the online catalogue here. The collection has the prefix Hay. For assistance accessing the remainder of the collection, please contact Special Collections staff.

Special Collections also holds Hay Fleming’s papers, letters, and notebooks, details of which can be found in the manuscripts section.

Briony Aitchison and Peter H. Reid, 'The owner of one of the largest and most valuable private libraries in Scotland': David Hay Fleming as Book Collector, Library and Information History, vol. 3 issue 2 (May 2015). 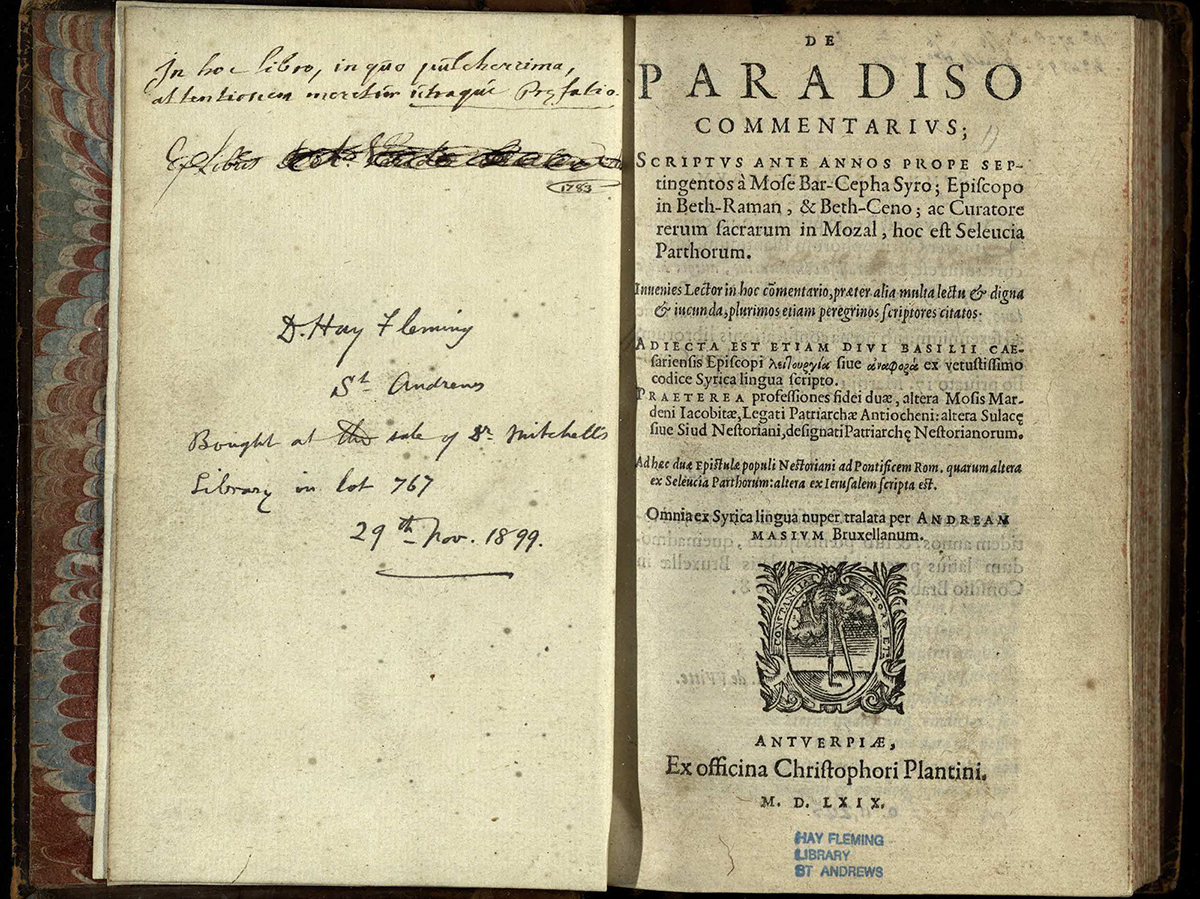 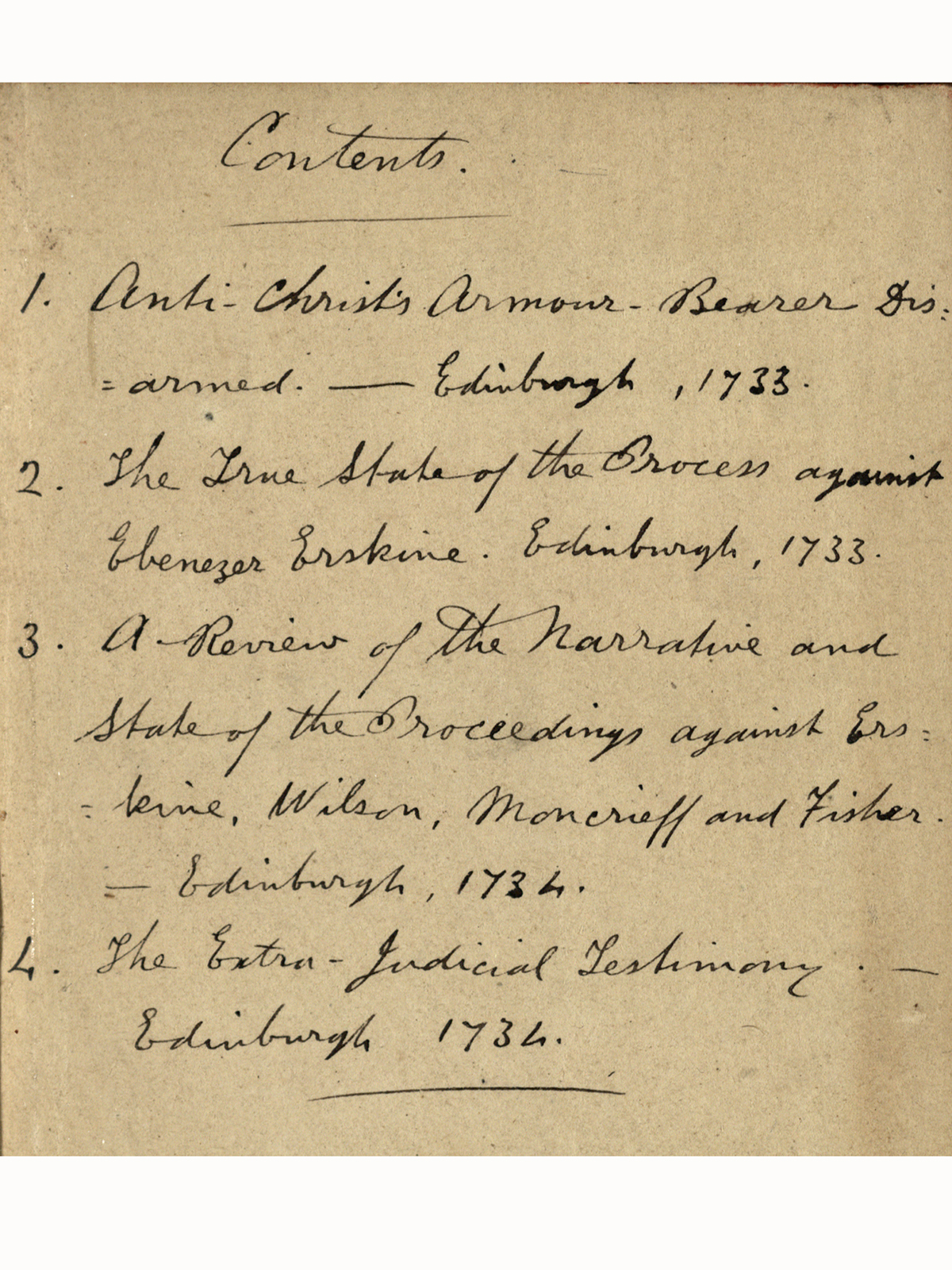 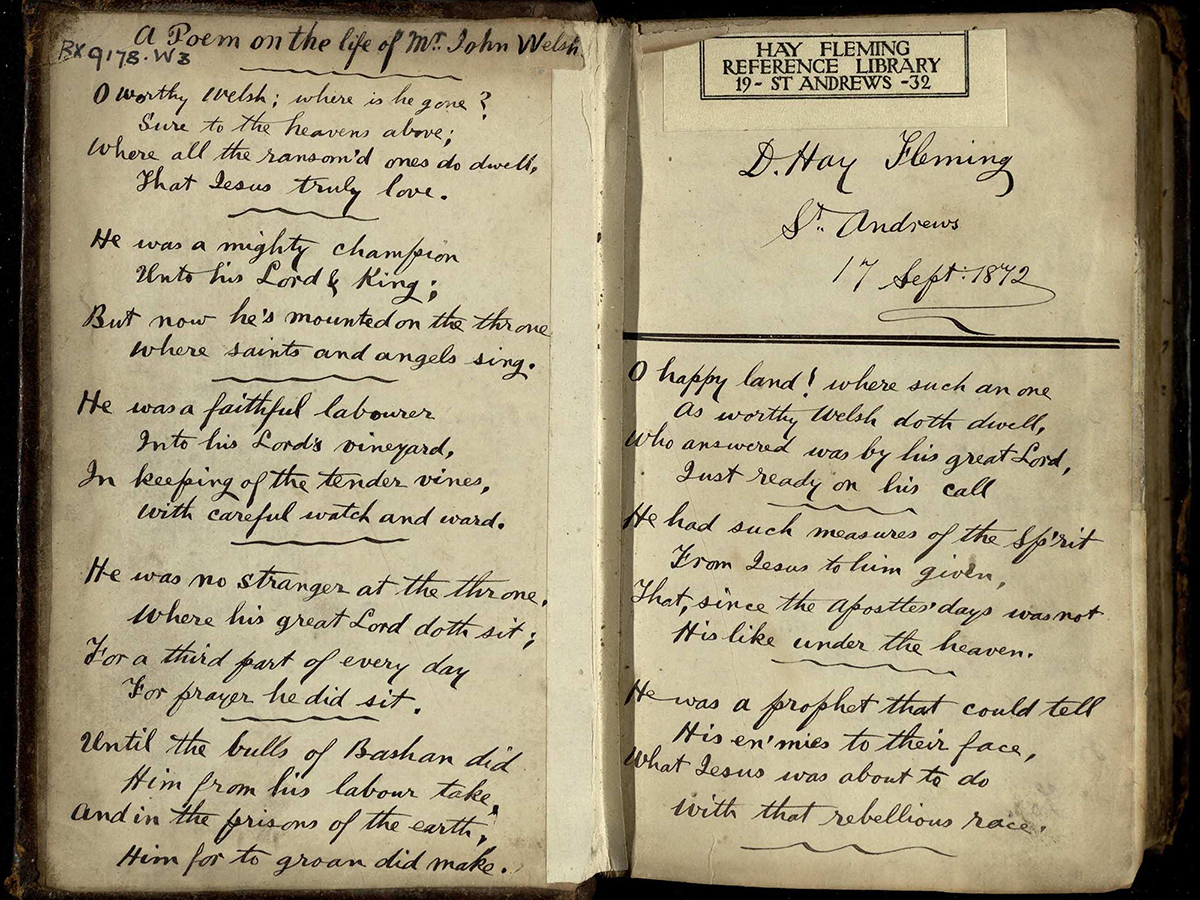