Guide to Library resources in Classics 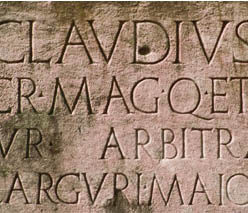 How to use the TLL